Skip to main content
× Due to the current path of Hurricane Ian, the Court will be closed Wednesday through Friday. 4994
× For the latest information on Court closure, follow us on social media @NinthCircuitFL 4993 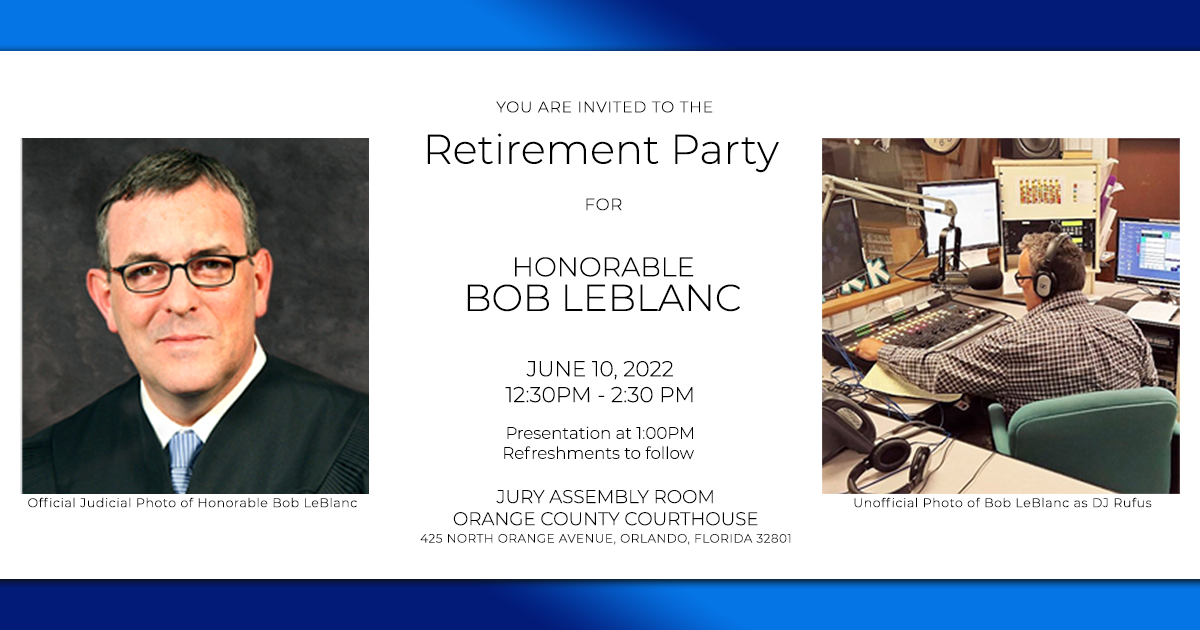 After 15 dedicated years on the bench, Judge Bob LeBlanc will retire on July 16.

Judge LeBlanc earned his juris doctor from the University of Miami School of Law in 1989. Prior to joining law school, he worked as a waiter, bartender, and even as a room service attendant at the Ritz-Carlton of Boston. It was in these jobs he honed his people skills, which he went on to use after beginning his career in law.

His law career began in private practice, where he worked as a criminal defense attorney. He often tried cases in front of many of our former, and even some of our current, judges. In 2007, he joined the Ninth Circuit bench. Over the 15 years on the bench, he served in the criminal, domestic relations, and civil divisions – and as an associate administrative judge for both the domestic relations and civil divisions.

Judge LeBlanc is known for more than just his service on the bench. During his time in our courts, he’s been both a friend and mentor. Easy to chat with and hard to forget. He delighted us all with tales of his adventures over the years, like his moonlighting gig as the one and only, DJ Rufus. And his playlists brought us all some needed entertainment.

His presence will be missed here in the Ninth Circuit, but we wish him the fondest of farewells as he begins the next chapter of his life. Join us in celebrating the career of Judge LeBlanc at his retirement party on June 10, 2022 from 12:30 PM to 2:30 PM in the Orange County Courthouse Jury Assembly Room. Presentation begins at 1 PM, with refreshments to follow.