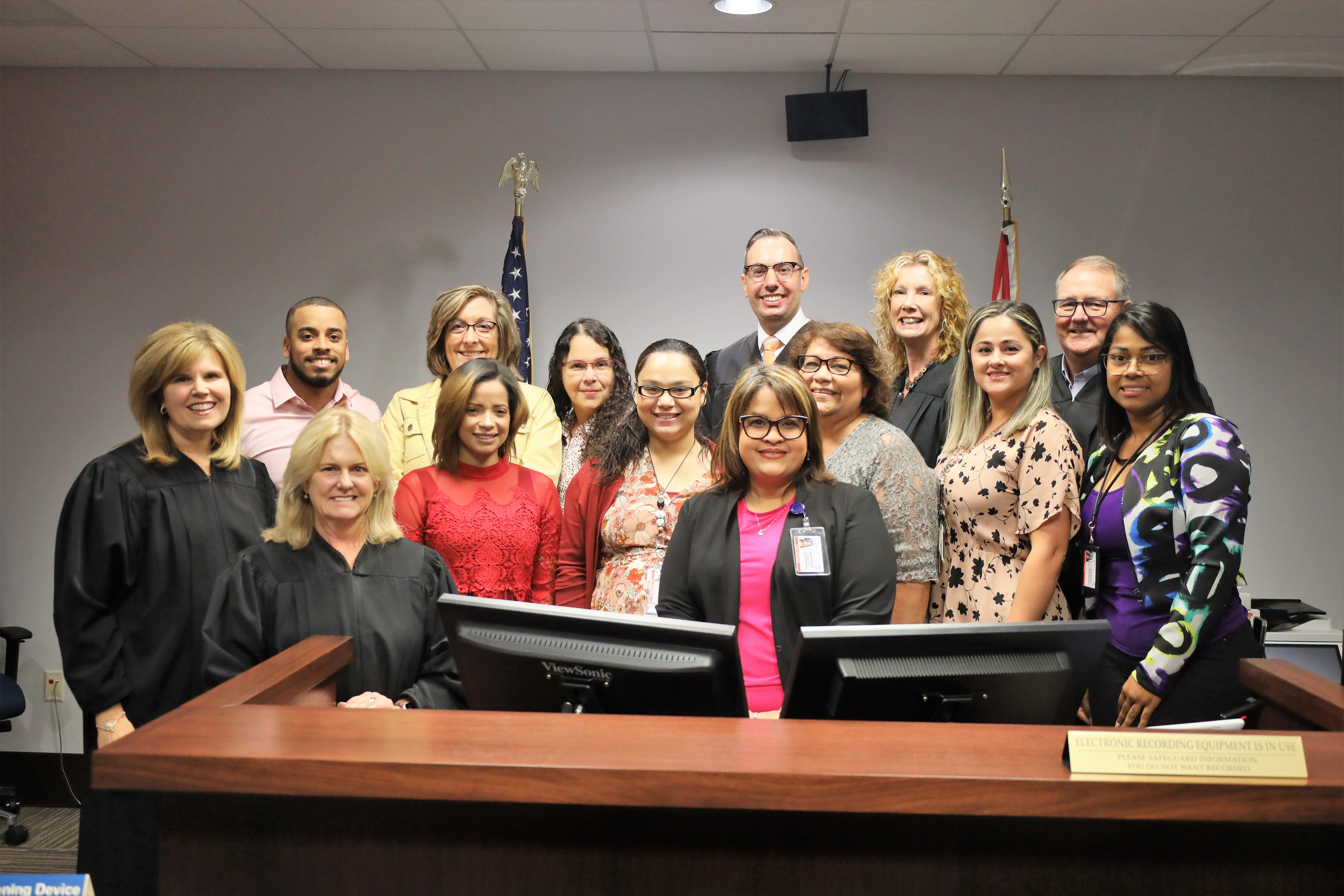 About four years ago, an idea was proposed for the Judge Jon B. Morgan Osceola County Courthouse: redesign the Domestic Violence injunction room space to meet the best practices established by the Florida Office of State Court Administrators and in use in Orange County. At the time this idea was proposed, domestic violence proceedings in Osceola County were only held one day a per week in a large courtroom with many cases set at the same time. This meant that those coming in to tell their stories needed to do so in front of an intimidatingly large room of people and could be required to wait for hours while listening to the traumatic testimony and defense of the many other cases set before them.

This needed to change.

Through the concerted efforts of Judge Heather Pinder Rodriguez, Carmen Torres, Kelly Gallman, and many others, plans were drawn up to redesign the space so each party coming in had their own separate waiting room. Initially, a pilot program was introduced where this concept was put into action with the limited space available. This meant using two existing courtrooms and one existing hearing room to separate petitioners and respondents until their time to appear before the judge. It took a great deal of maneuvering around backdoors and hallways to make it all work, but progress was happening. And, immediately after implementing the program, both the intimidating atmosphere of court and the chance of delays lessened.

Unfortunately, change doesn’t happen completely overnight, and petitioners and respondents still needed a designated space for their cases. The plan for the new space involved taking the existing Family Court Services lobby and constructing new rooms within it to act as separate waiting rooms for both parties. The plan also redesigned the hearing room attached to the lobby to create a more modern and technologically-advanced space to hear cases. However, the COVID-19 pandemic took this project that was expected to last seven weeks and extended it to seven months. Thankfully, with the full support of Osceola County, the space was getting the improvements it needed regardless of the timeframe. This included all the technology needed for a modern courtroom like video remote interpreting and remote witness appearances.

Now, after years of planning, the space is finished. Parties entering this injunction room see a smaller, more intimate space designed to ease the anxiety of speaking in front of a room of people and reduce wait times. They receive the dignity they deserve and our courts feel safer for the public. And it’s all thanks to the initiative of the hardworking team pictured here.

Governor Announces Appointments to the Sixth District Court of Appeal