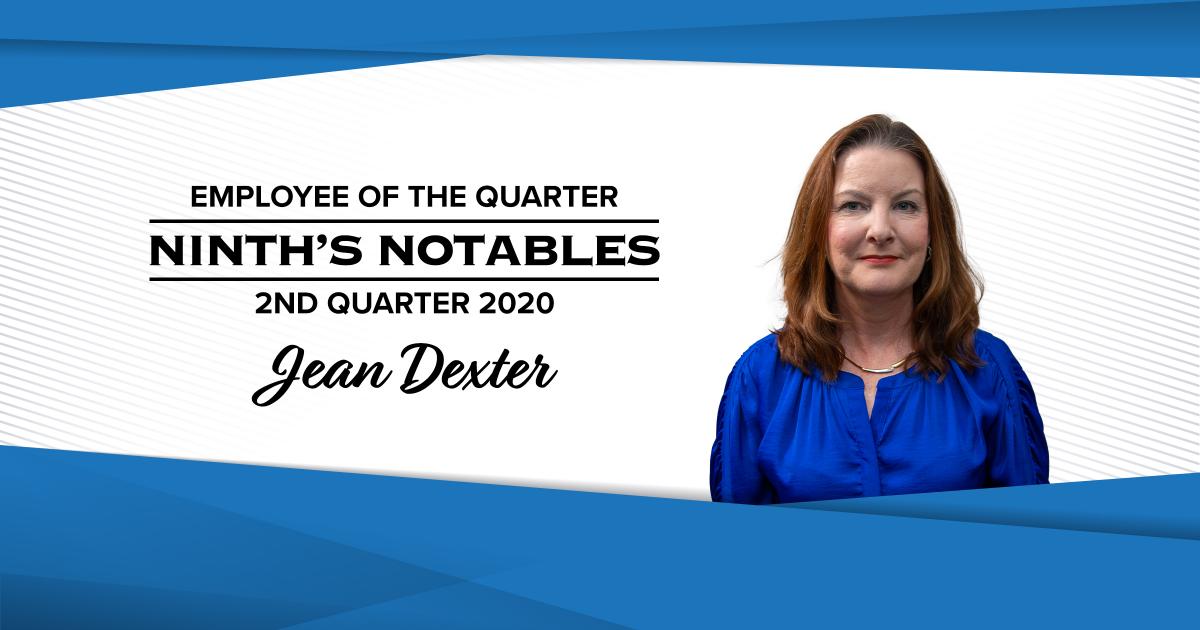 As a department, Court Reporting Services deserves recognition for their skill and commitment to continuing court services during the pandemic. And, while the entire team of court reporters has done – and continues to do – an outstanding job covering courts from every platform imaginable, as well as eliminating the backlog of requested transcripts, the department manager – Jean Dexter – deserves special acknowledgment for going above and beyond during the pandemic.

With 45 employees, Court Reporting Services is the largest department in court administration. Jean manages the largest blended staff model of all 20 judicial circuits in Florida, and covers the Ninth’s seven court facilities and 70 plus venues. To manage a department of this size takes tremendous organization, a deep appreciation for the work, and a dedication to staff. With her leadership, the department improved efficiencies and formed into a cohesive unit of stenographic and digital reporters.

When the pandemic hit our area in March and the courts transitioned from in-person to virtual hearings overnight, capturing the record became uncharted territory. There were no processes or procedures governing court reporting on audio/visual platforms. It was solely through Jean’s hard work and deep commitment to the integrity of the record that the courts developed a coordinated effort for reporters to work with audio/visual content.

We thank Jean for always displaying the highest standards of character, integrity, and ongoing dedication to the judicial system. She is a valued member of court administration’s management team, and well respected by our judges, judicial assistants and court staff.   We were honored to give Jean the Ninth’s Notables award for excellence on November 20, 2020.