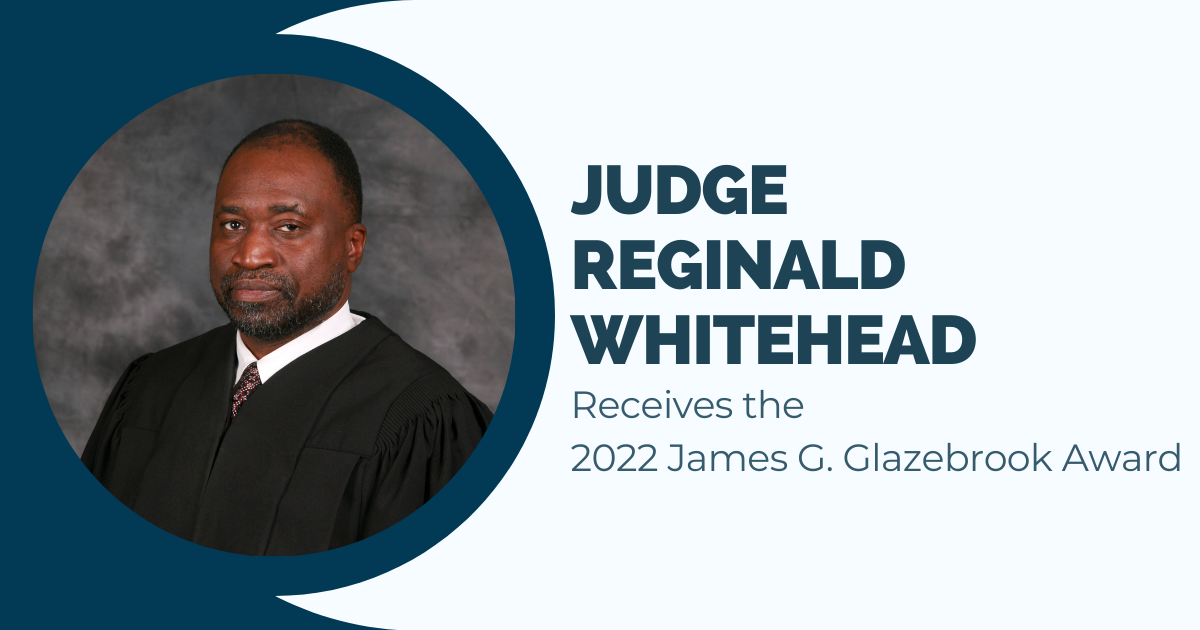 This award honors a jurist who “best demonstrates service to and support of the legal profession and the Legal Aid Society of the OCBA, is dedicated to professionalism both in and out of the courtroom, and is a leader in promoting professionalism, including civility, integrity, and respect of the legal system.”

Since joining the Ninth Circuit in 1994, Judge Whitehead has exhibited professionalism through both his dedication to our circuit and his mentoring of others. Here in the Ninth, he’s known as a hard-working judge devoted to serving his community. And, if you need help or advice, you know to go see Judge Whitehead.

Over his roughly 26 years on the bench, he served in a variety of positions, but most notably as both the Administrative Judge for our former Drug Courts division and the first Administrative Judge for our Unified Problem Solving Courts. In those positions, he committed his time to the bettering the lives of those suffering with drug dependency, mental illnesses, and more.

Judge Whitehead is a model of professionalism in his work here at the Ninth Circuit. We are thrilled to congratulate him on this honor and can’t wait to celebrate his achievement during the award ceremony on March 24. Congratulations, Judge Whitehead!