The Judge Jon B. Morgan Courthouse 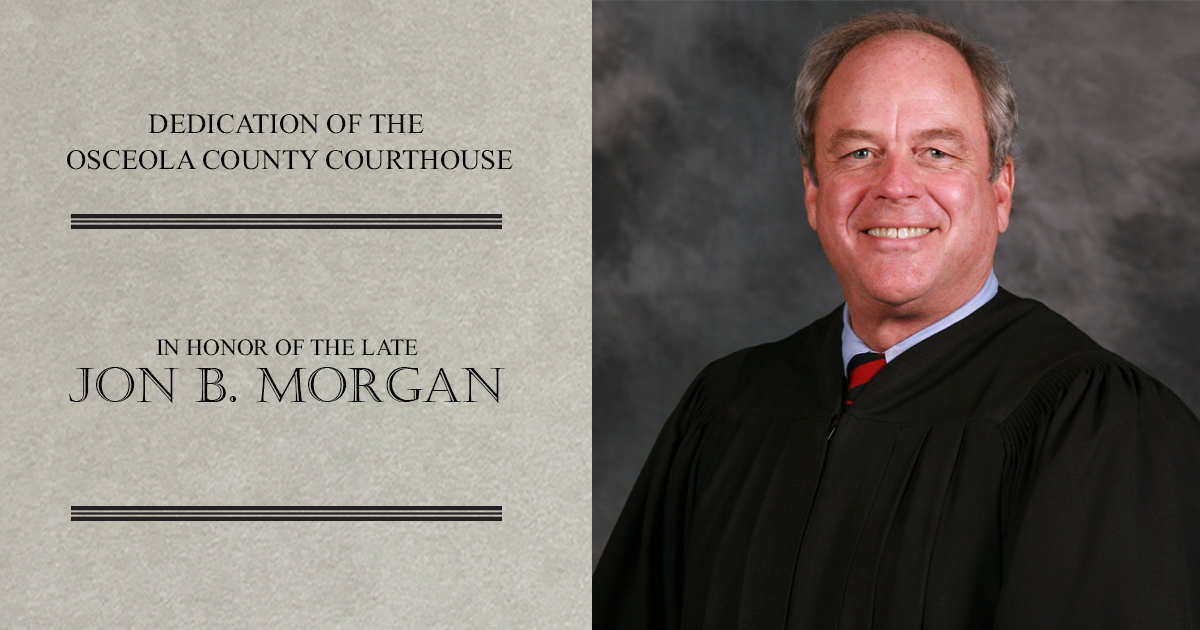 Born and raised right here in Orlando, Florida, Judge Morgan attended Colonial High School before heading off to Gainesville for his bachelor’s and law degrees. He served as an Orange-Osceola assistant state attorney for almost 20 years, and became Chief of the Osceola County division, before making the decision to try for the bench. He joined us here in the Ninth in 1998, appointed by the late Governor Lawton Chiles. His tenure began on the Osceola County bench, where he served in the civil, criminal, and traffic divisions, before his appointment to the circuit bench in 2005 under Governor Jeb Bush. There, he served in the criminal division until his retirement in 2020, even devoting his time to the role of administrative circuit judge in Osceola County for a decade.

The Ninth Circuit will never forget the years Judge Morgan spent on the bench. Many here knew him as a patient, even-tempered jurist, with an incomparable knowledge of the law. Always the first in the courthouse in the morning and the last to leave at night, his work ethic was unmatched.

It is an honor to dedicate the building he worked in for over two decades to the incredible service of Judge Morgan.