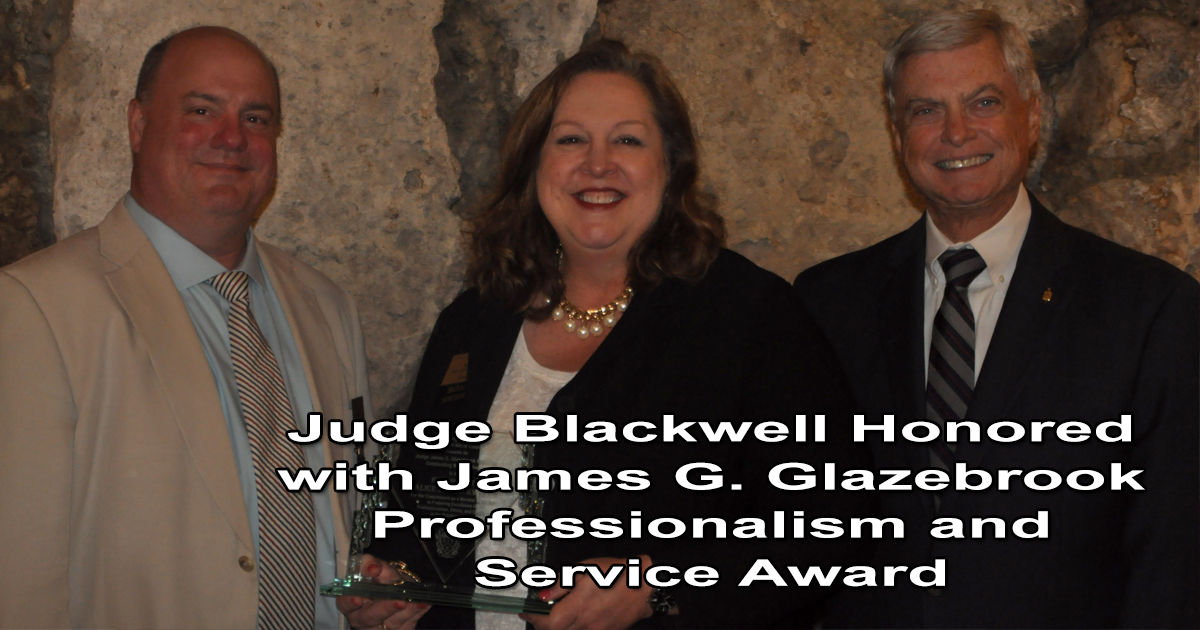 Orlando, FL -- The Honorable Alice L. Blackwell was honored with the James G. Glazebrook Professionalism and Service Award from The George C. Young American Inn of Court on June 21, 2016. The award honors a current or former Inn member (including lawyers and judges) whose combination of service to the Inn and professionalism and integrity in practice display a course of excellence.

Some of Judge Blackwell’s professional activities, past and present, include The George C. Young American Inn of Court serving as president from 1995 to 1997 and serving as Trustee in 2012, Central Florida Family Law Inn of Court serving as president in 2005 and serving on the Executive Board from 2005 to 2011, Adjunct Faculty at Barry University School of Law in 2008, Faculty at New Judges’ College in 2010, Orange County Domestic Violence Commission Co-Chair in 2012, Florida Conference of Circuit Judges Chair from 2008 to 2009.

“I am greatly honored to receive the 2016 James G. Glazebrook Award. I am so grateful for the lawyers and judges in the Ninth Judicial Circuit who challenge me to be the very best judge I can be. It is a privilege to join with dedicated judges of the Ninth Judicial Circuit in serving the people of Orange and Osceola counties, and I am grateful for this recognition of the work that we all do,” stated Judge Blackwell.

For additional information, please contact Julio Semino at ctadjs1@ocnjcc.org or 407-836-0403.