Governor Appoints the Honorable Tarlika Nunez-Navarro to the Circuit Bench 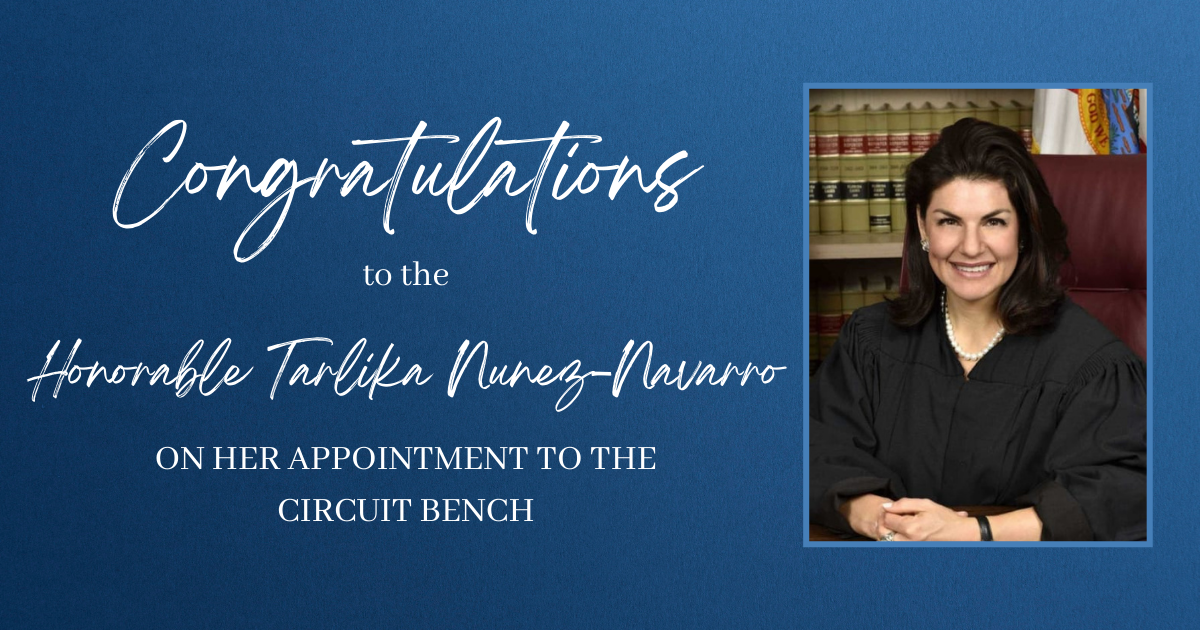 Judge Nunez-Navarro has previously served on the Seventeenth Judicial Circuit Court since her appointment in 2018. Between 2011 and 2014, she served as an assistant state attorney for the Seventeenth Circuit. She received her bachelor's degree from the University of Miami and her law degree from St. Thomas University.

Congratulations Judge Nunez-Navarro and welcome to the Ninth Circuit!