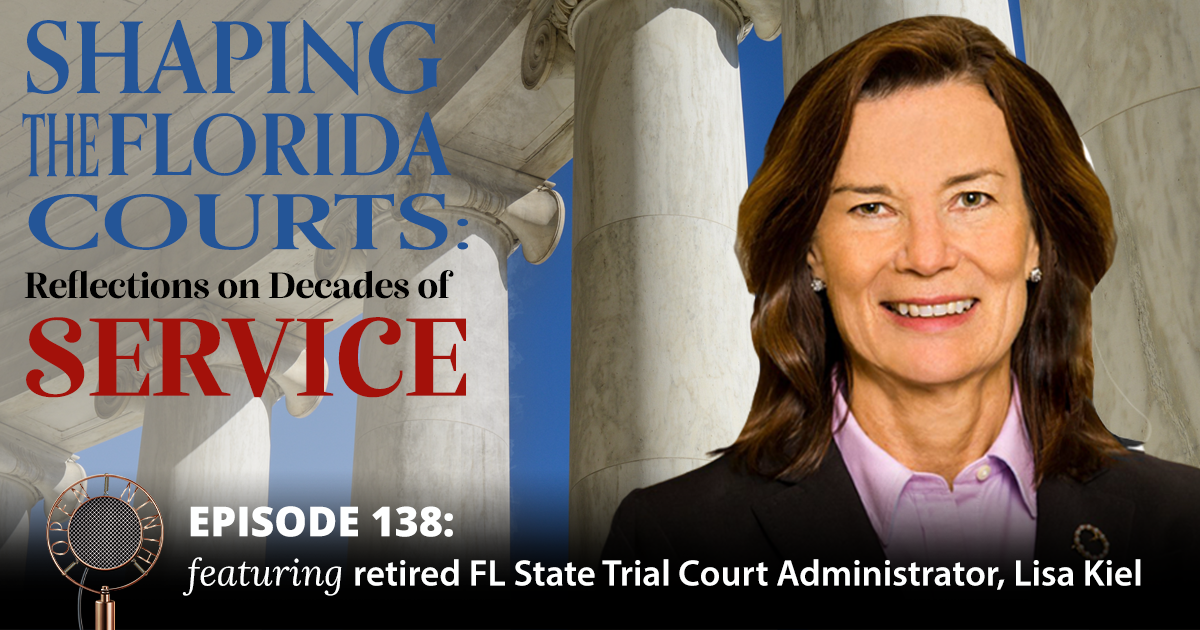 If you asked a young Lisa Kiel what she wanted to be when she grew up, she wouldn’t hesitate to tell you. All her life she’s known she wanted to work in state government. Feeling drawn to public service, Kiel became Florida’s State Courts Administrator in 1990, where she stayed until her retirement in 2014. And when the Florida Supreme Court sought a new State Courts Administrator in 2019, they knew just the person to call. Now, Kiel is ready to finish up her long career in Florida’s state government to enjoy retirement, for a second time. Listen in to Open Ninth to hear her talk to Chief Judge Lisa Munyon about her proudest moments from her time in the office and what she plans to do next.