After discussing the opioid epidemic with Sharon Robinson in our last episode, Chief Judge Frederick Lauten sits down with Jessica Finn to talk about her inspiring story of tragedy, addiction, and triumph. Jessica shares with listeners how she began using alcohol and drugs to mask the pain she felt due to childhood abuse and the heartbreaking losses of her father and best friend. Jessica started out using alcohol and then switched to drugs before becoming quickly addicted to them. After using opioids for about a year, Jessica found herself no longer using them to suppress the pain or to achieve a euphoric high. Instead, she realized she was addicted to the drugs and needed to use simply to function and to feel normal. Unfortunately, the opioid abuse led her down a life of crime, alienation from loved ones, and years of hopelessness.

After a 20-year struggle with opioid abuse, Jessica entered into Osceola County’s Adult Drug Court, presided over by Judge Whitehead. Speaking fondly of her experience, she recounts how much she learned about herself during the program. She had to change her environment and find her purpose in order to gain victory over the drugs – a victory she has to fight for every day.

Two years into her sobriety, Jessica now conducts meetings at the same Osceola County jail where she was once an inmate. She believes graduating from Drug Court gave her the tools to succeed in the battle with opioids. Jessica has now reconnected with her family, is helping to raise her three nieces, and is changing the lives of many women who also struggle with drug addiction. Jessica explains that, though it is a tough struggle, if you are dealing with an addiction, you can’t give up. “I thought there was no hope for me. I thought I was hopeless. It’s possible to change.” -Jessica Finn 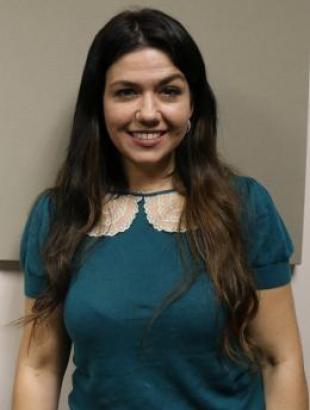 After a 20-year struggle, Jessica graduated from the Ninth Circuit's Drug Court and has become an advocate in helping those additcted to opioids.