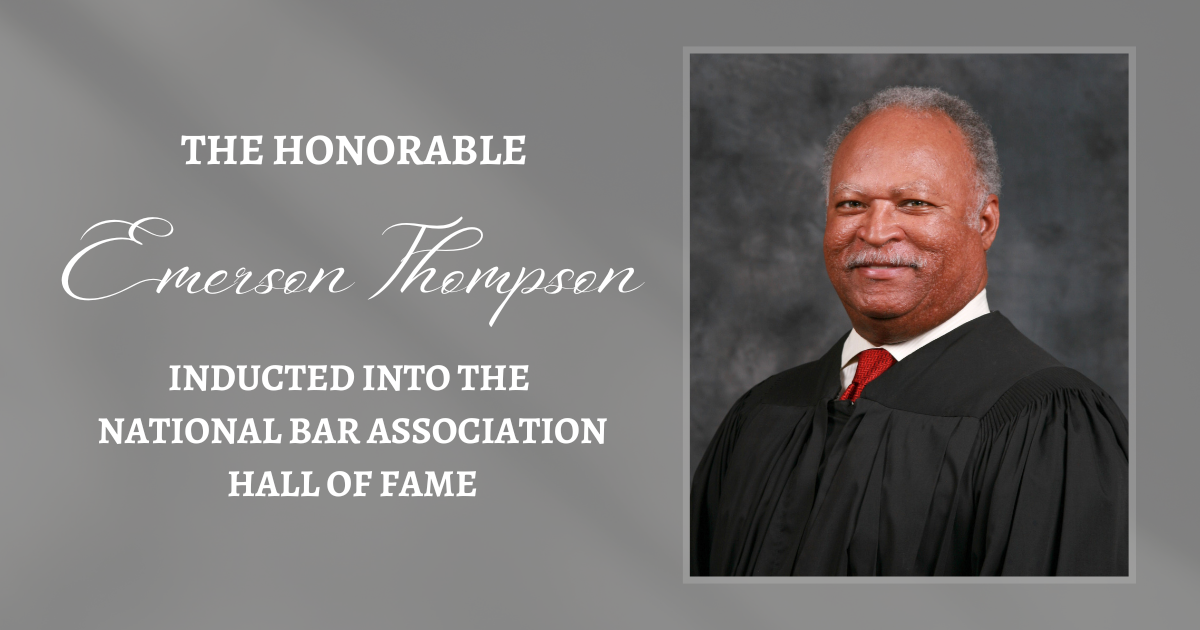 Founded in 1925, the National Bar Association is the nation’s oldest and largest national network of predominantly African-American attorneys and judges. And every year, they host their annual convention to bring together the community for a week of education, networking, and recognition. One of the special recognitions presented during the annual convention is the induction of new members to the National Bar Association’s David Gray Hall of Fame. Members of the Hall of Fame are chosen for their significant contributions to the cause of justice throughout their careers.

Since joining the Orange County bench in 1976, Judge Emerson Thompson has been a dedicated presence here in our circuit. From 1989 to 1992, he took the helm of Chief Judge for our circuit, and was appointed to the Fifth District Court of Appeals just a year later. And, despite retiring from his duties in 2008, Judge Thompson has continued his work on the bench as a Senior Judge for the last 14 years.

Throughout his 46 years on the bench, he has devoted his life to providing justice that is fair and accessible to all who enter his courtroom. But his work is not limited to the courts. Judge Thompson was both a founder and first president of the George C. Young American Inn of Court. He also started the State Courts Equal Employment Opportunity Committee and served on the Florida Supreme Court Racial and Ethnic Bias Commission. And he’s a fellow of the Florida Bar Foundation, an organization dedicated to providing access to the courts for people making low-income.

Judge Thompson is a steadfast member of the legal community who has worked tirelessly to improve justice over the course of his lifetime, and we are thrilled to see him recognized for his work.