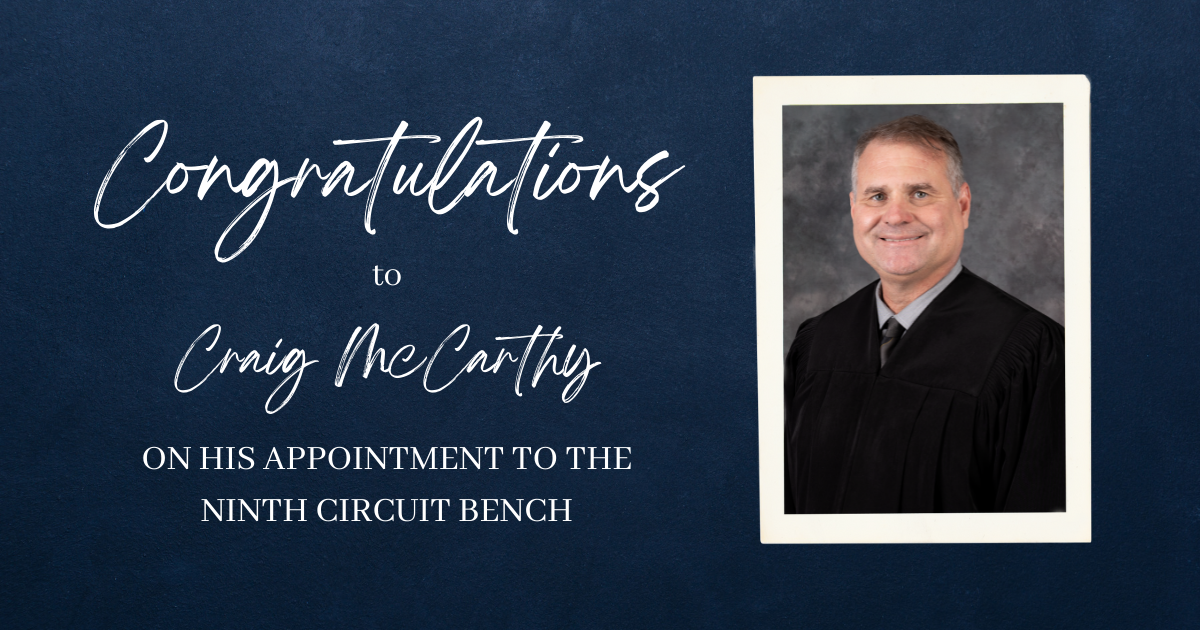 Governor Ron DeSantis has appointed one of the Ninth's own magistrates - Craig McCarthy - to the circuit bench, filling the vacancy left by Judge LeBlanc's retirement.

McCarthy has served as a General Magistrate in the Ninth Judicial Circuit since his appointment by Chief Judge Donald A. Myers in 2021. Previously, he worked in private practice for 16 years. He received his bachelor’s degree from the United States Military Academy (West Point) and his law degree from Florida State University.