Governor Appoints Andrew Bain and Elizabeth Gibson to the Bench 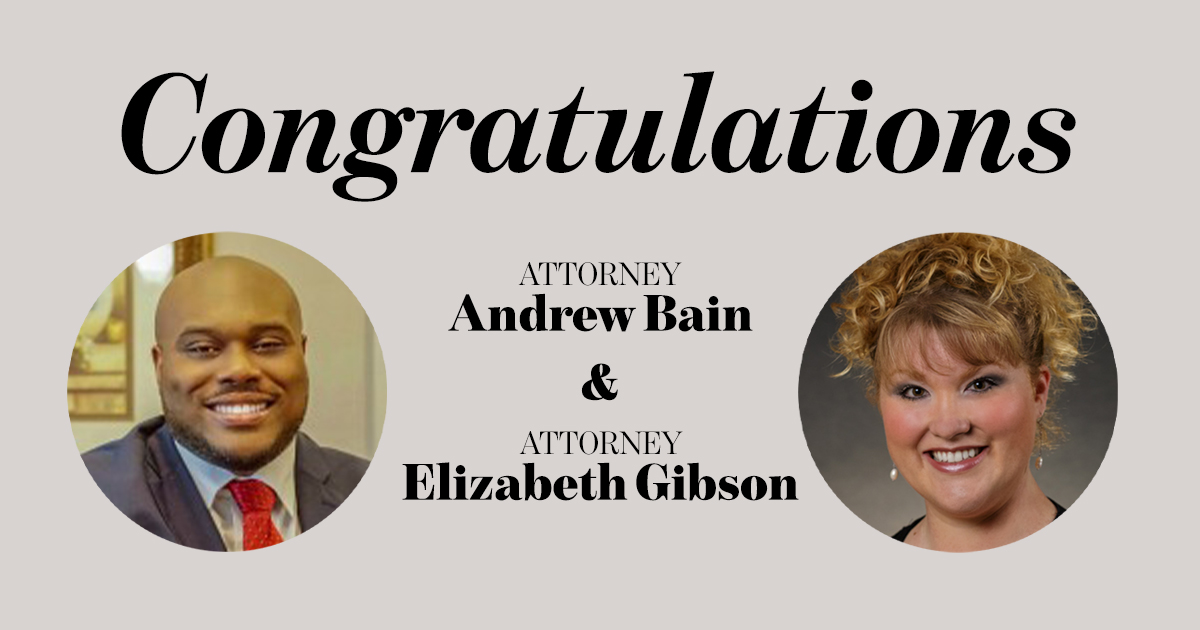 Governor Ron DeSantis has appointed attorneys Andrew Bain and Elizabeth Gibson to the Orange County Bench of the Ninth Circuit. Congratulations and welcome to the Ninth!

Andrew Bain - Bain, of Orlando, has been an Assistant State Attorney in the Ninth Circuit since 2013. He received his bachelor’s degree from the University of Miami and his law degree from Florida A&M University College of Law. Bain fills the vacancy created by the retirement of Judge Nancy Clark.

Elizabeth Gibson - Gibson, of Orlando, has been a General Counsel for Christian Care Ministry since 2019. She previously served as an Assistant State Attorney for the Fifth Circuit. She received her bachelor’s degree from the University of Maryland and her law degree from the University of Florida College of Law. Gibson fills the vacancy created by the retirement of Judge Maureen Bell.