Employee of the Quarter 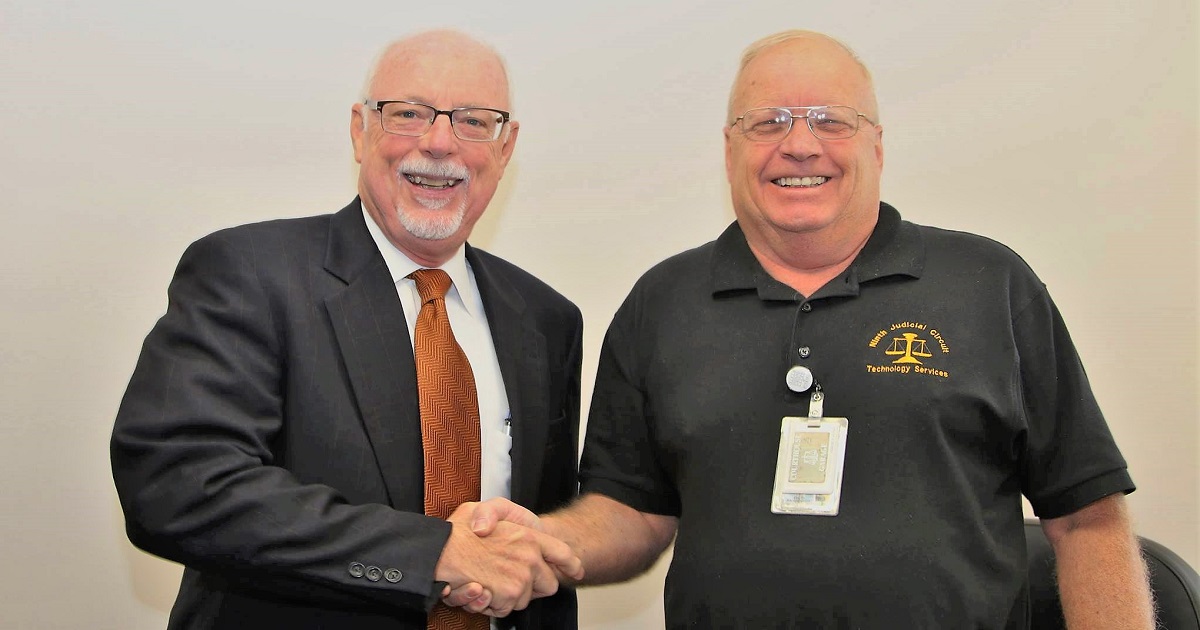 The Ninth Judicial Circuit’s employee of the third quarter of 2017 is William Bruce Denman, Jr, known to all as J.R. Since being promoted to Chief Audio/Video Engineer in February 2016, J.R. has rejuvenated and re-engineered the Court’s Audio/Visual Department. His work and leadership has placed the Ninth Circuit on the leading edge of the industry’s most innovative technologies.

In July of 1999, J.R. started with the Ninth Circuit as computer analyst, assigned to Osceola County. J.R. then took on the role of Audio/Video Manager in May of 2001 and was promoted to Manager of Systems and Technology in December of 2006. In 2016, Brett Arquette, Chief Technology Officer for the Ninth Circuit, smartly recruited J.R. to manage Audio/Video systems for the entire Circuit.

J.R. has hired a great team of engineers and, with his team, has transformed courtroom evidence presentation, both in cost and technology. Within two budget cycles, the Circuit’s A/V staff will have designed and installed new evidence presentation systems for all 43 courtrooms in the Orange County Courthouse.

J.R., also serves as the technical lead and designer for the Circuit’s threshold virtual remote interpreting technology. He serves as an expert on the topic on a circuit, statewide, and national platform.

J.R. and his team’s accomplishments are many. In a very short time, they have created a can-do, innovative, and infectious culture. Our biggest challenge is keeping pace.